From the KSLI website.  4 KSLI Guard of Honour for Winston Churchill in Antwerp - shaking hands with Ken Chapman 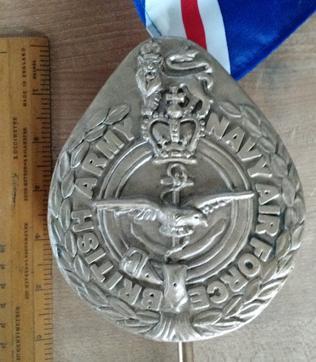 Price:  $75 each plus $15 shipping and handling.  Includes a Union Jack 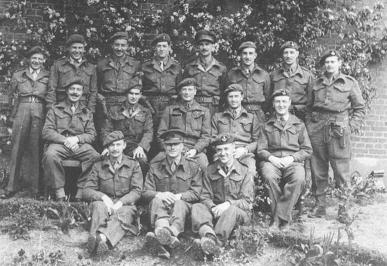 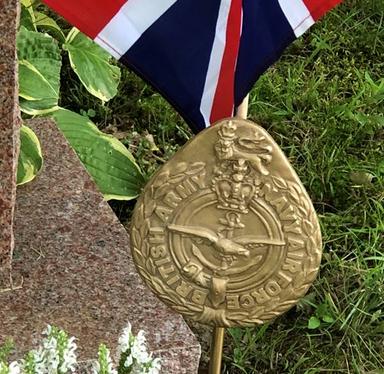 At the gravesite of Lieutenant Jack Crosskill, RAF, WWII veteran 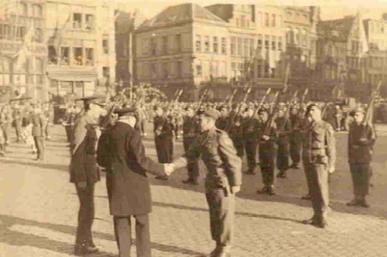 In the United States, there is a tradition of placing US flags in bronze flag holders at the grave sites of veterans.

A new flag holder has been designed and produced to hold a Union Jack at the grave sites  of British veterans.  The flag holder is also suitable for memorial gardens in any location.

This was inspired by two sons of a deceased British Army veteran.  Each heavy bronze flag holder bears the inscription "British Army Navy Air Force" with insignia representing each branch of service.​